Built on a hill to the north-east of the city by Queen Matilda of Flanders, wife of William the Conqueror, the Abbaye aux Dames has a marvellous view of Caen harbour and the surrounding plain. The convent, set within 10 hectares of grounds, was completely rebuilt in the 18th century and is now a listed building, recognised as one of Normandy’s finest examples of classical architecture. Its Romanesque church, near the entrance, remains intact, and was a focal point for 19th century architects and historians like Victor Ruprich-Robert, who were fascinated by their country’s heritage.
Despite the occasional alteration, the church still retains its original appearance, harmonious yet unusual both in its elevation and its Oriental-style decoration.

The upheaval of the French Revolution saw the convent handed over to the army. However, under the Napoleonic Empire, its buildings and gardens, with their majestic lime walks, were converted for hospital use – first sheltering Caen’s main hospital, or Hôtel-Dieu, and subsequently the Hospice Saint-Louis care-home for orphans and the elderly – until 1983, when the buildings became the headquarters of the Basse-Normandie Regional Council and its various departments. 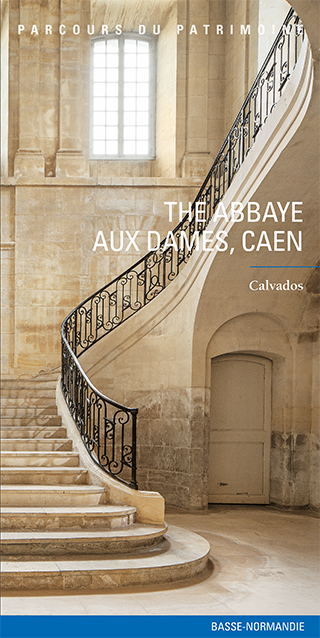